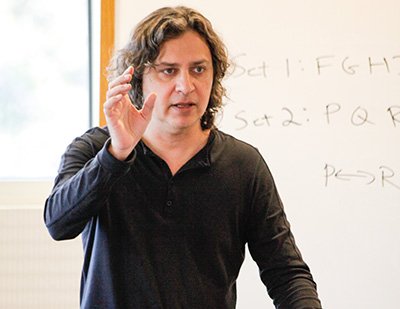 Robin Singh, the founder and CEO of ScorePerfect, is the world’s leading LSAT preparation expert. He has achieved the most perfect LSAT scores in history and has personally taught over 10,000 students in live class settings.

While attending Duke University, Robin studied for the LSAT by obtaining old exams released by the Law School Admission Council. He worked carefully through each one to identify and learn from his mistakes. Through this process, Robin realized that the LSAT was a skills-based test and invented the techniques that enabled him to achieve a perfect score on the December 1988 LSAT.

These test-taking methods ultimately formed the basis of the ScorePerfect LSAT course, which Robin launched under the TestMasters name in 1991. The course’s in-depth, comprehensive approach differed radically from everything else on the market, and the impressive score increases attained by students made the company a sensation in the LSAT prep industry.

Fueled by positive word of mouth, the company quickly became the most popular LSAT program in California, and by 2004 the company was holding classes in all 50 states (in Texas, it does business as ScorePerfect). Since its inception, the company has enrolled hundreds of thousands of students in its LSAT courses.

Robin remains passionately involved in every aspect of the company. In addition to serving as CEO, he oversees the hiring and training of all LSAT instructors and works continually with his R&D department to create new content. The live classes Robin teaches are professionally filmed so that all of our students can benefit from them.

The table above is a complete record of Robin’s scores on official LSAT administrations. All of these tests were scored on the current scale of 120 to 180, with the exception of the December 1988 exam, which was scored on the old scale of 10 to 48.